Two New York City men, 32 and 35, along with a 38-year-old New Jersey man have been accused of kidnapping another man off a Queens street in broad daylight and holding him for over a month while demanding a $3 million ransom from his family in Ecuador.

All three men are facing charges of kidnapping and unlawful imprisonment. If convicted, they face 25 years to life in prison.

The 52-year-old victim was apparently approached on a Queens street on April 18 by the men who allegedly showed him what looked like a police badge. Police believe he was forced into a car, where a mask was placed over his face. Authorities claim he was threatened with a knife. 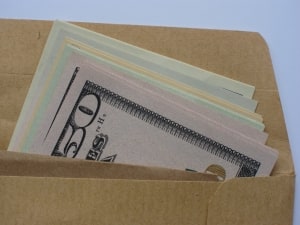 The man was taken to a warehouse in the Long Island City section of Queens, where he was kept for over a month. According to authorities, during the time he was held against his will, he was burned with acid and beaten, in addition to being threatened with mutilation and death. He was allegedly confined with his hands bound and face masked.

The trio is accused of punching the victim in the face and body, causing him to lose teeth and suffer multiple bruises and swelling.

Authorities allege that the man’s kidnappers forced him to call his mother in Ecuador, asking for the $3 million ransom.

Police were notified of the man’s disappearance and the ransom call. They found him on May 20 with his hands bound. They arrested one of the suspects outside of the building.

Police claim three accomplices have fled to Ecuador and that they are currently searching for man in New York City who was seen on surveillance footage at a Chase Bank trying to get cash from the victim’s account.

Kidnapping charges are quite severe, classified as a felony by both state and federal law. Because these charges are nothing to mess around with, if you have been arrested for kidnapping, you must contact a criminal defense lawyer as soon as possible to protect your legal rights and best interests. Kidnapping cases are usually handled by local authorities in combination with federal agents, and depending on the facts specific to your case, you could be facing up to life in prison.

With so much at stake, there is no time to waste. A Queens Kidnapping Defense Lawyer at Whittel & Melton can make sure your side of the story is heard. We will work tirelessly to mount the strongest defense possible in order to successfully combat the charges against you. For a free consultation and to discuss the possible defense strategies available to you, contact us today online or call us statewide and toll-free anytime, day or night, at 866-608-5529.