Prosecutors Bending the Rules to Snoop on Inmates Email

While it is known knowledge to anyone who has ever consulted a lawyer that these private communications seeking legal help are completely confidential, people behind bars are not exactly awarded that same privilege.

Despite the fact that the attorney-client privilege is the oldest, broadest and perhaps the most important of all privileges in the American legal system, inmates awaiting trial or appealing a conviction have this privilege ignored as soon as they login to access their email.

The Bureau of Prisons has made limited email access available to federal inmates, however there is a price for that access and inmates are warned every single time they log in that the government is allowed to monitor and read all messages sent and received. And federal prosecutors in Brooklyn are taking advantage of this fact by freely accessing emails between inmates and their attorneys. 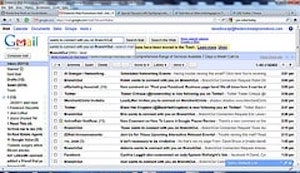 In fact, in one case, prosecutors read more than 12,000 pages of emails sent by an imprisoned former Pennsylvania senator, and then included them in their argument for a harsher resentencing.

Government lawyers argue that because inmates must knowingly consent to the inspection of all email messages, they waive the attorney-client privilege. This argument has also been accepted by several federal judges who have ruled on this issue. The government claims it would cost too much to separate attorney-client emails from other kinds of email messages, and that inmates also have many other means of communication such as letters, phone calls and in-person visits.

However, email is the most common form of modern communication, especially by lawyers. The value of email is even greater to those behind bars as it can take weeks for confidential letters to be processed by prison officials, and setting up an unmonitored phone call can take months, if the request is even answered at all. Personal meetings in prison can be difficult to arrange, time-consuming and costly.

One Brooklyn federal judge has weighed her opinion on the government’s rationales. In a case against a surgeon accused of Medicare fraud, the prosecutor told the judge that he had no interest in reading a defendant’s emails to his lawyer for “strategic advantage.” The judge replied by saying, “That’s hogwash. You’re going to tell me you don’t want to know what your adversary’s strategy is? What kind of a litigator are you then? Give me a break.” The judge then ruled that the government could not take a peek at any emails between the surgeon and his lawyers.

There are undoubtedly serious criminal rights issues with the government reading inmates emails, the most disturbing being the fact that prosecutors have the ability to determine the defense’s strategy before trial. It seems like this will be an issue for the Supreme Court to handle in the very near future.

If you are facing criminal charges or are the potential subject of a criminal investigation, please call a New York Criminal Attorney at Whittel & Melton today at 866-608-5529 or contact us online. We will fight for the justice that you deserve, so do not delay. Your initial consultation with us is free of charge.