According to the U.S. Equal Employment Opportunity Commission lawsuit, under Title VII of the Civil Rights Act, Dillard’s permitted a sexually hostile work environment for men at its Fashion Square Mall store in Orlando, Fla.

The EEOC stated that a male supervisor engaged in verbal and physical sexual harassment of a male sales associate and a young dockworker when the supervisor exposed himself, propositioned the men, and made sexually explicit and derogatory comments.

The EEOC said that Dillard’s ignored complaints about the harasser. 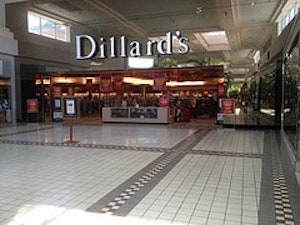 “The EEOC will hold corporate America accountable for failing to prevent and correct employment discrimination,” said Commission Acting Chairman Stuart J. Ishimaru. “Sexual harassment charge filings by men have trended upward over the past decade. Employers must be more vigilant in ensuring that men are not subjected to sexually hostile workplaces.”

Under the terms of the EEOC consent decree resolving the case, in addition to paying $110,000 to the two male victims, the Dillard’s Fashion Square Mall store will distribute policies to the workforce on preventing sexual harassment and retaliation, conduct sexual harassment and anti-discrimination training for all employees, train employees who are responsible for investigating sexual harassment complaints, submit to monitoring throughout the decrees three-year duration and post a notice about the resolution of the case.

“The Commission is pleased that the parties were able to reach an amicable resolution of this matter,” said EEOC Miami District Director Jacqueline H. McNair. “This resolution sends a strong message that employers must take appropriate corrective actions in response to harassment complaints.”

The EEOC enforces federal laws prohibiting employment discrimination. Further information about the EEOC is available on its web site at www.eeoc.gov.

Sexual harassment is defined as unwelcome sexual advances, requests for sexual favors, and all other verbal or physical conduct of a sexual nature that is made a condition of employment, the basis of an employment decision or that contributes to a hostile working environment.

We have a Board Certified by the Florida Bar Employment Lawyer at Whittel & Melton who is dedicated to assisting victims of same-sex sexual harassment in the workplace. Moreover, our employment attorneys have successfully handled all types of workplace harassment suits in the Orlando area as well as Tampa Bay, Miami, Spring Hill and Ocala. Call today and speak to one of our experienced sexual harassment lawyers at 866-608-5529 or contact us online.