The investigation began as part of an undercover operation into peer-to-peer networks and involved agents from U.S. Immigration and Customs Enforcement as well as New York authorities. The suspects were apparently able to search files using graphic terms and descriptions, according to authorities. Law enforcement claims that software continuously scanned files and automatically uploaded images to personal computers, laptops and mobile phones. 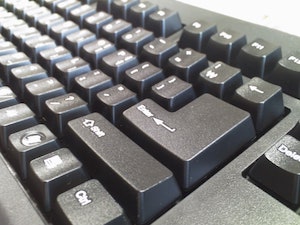 The operation yielded a total of 71 arrests, including one woman, and the seizure of nearly 600 devices, including desktop and laptop computers, tablets, smartphones and thumb drives allegedly containing tens of thousands of sexually explicit images and videos of children.

According to authorities, the pornographic images were shared at no charge.

One of the men arrested, a supervisor with the Transportation Security Administration, is accused of travelling to the Dominican Republic to have sex with children, according to law enforcement officials. He allegedly made more than 50 trips there.

The arrest of the chief of the Mount Pleasant Police Department in upstate Valhalla, New York, on child pornography violations apparently helped lead to the arrests of others, according to reports.

Both federal and New York state laws are quite severe regarding child pornography crimes. The possession, production and  distribution of child pornography can carry very harsh penalties, including lengthy prison sentences and registration as a sex offender, which can jeopardize the future of those who are convicted. A conviction for a child pornography offense can haunt you for the rest of your life, which is why these charges must be taken extremely serious and dealt with early on.

If you have been arrested for or charged with a child pornography offense, a New York Federal Sex Crimes Defense Attorney at Whittel & Melton can help you establish the best possible defense for your unique situation. There are many actions that can be taken before you are officially charged with a crime or after you are arrested to construct a case and protect your rights.  For a free consultation to learn more about how we can help you through this tough time, please call us today statewide and toll-free at 866-608-5529 or contact us online.