A former Playboy cover girl pleaded guilty to sneaking her illegal immigrant boyfriend across the U.S.-Canada border in U.S. district court Tuesday and faces as long as ten months in jail.

According to reports, the 35-year-old Playboy alumna admitted to helping her boyfriend enter the country illegally by moving him through an Indian reservation. She was busted by border police in August while trying to sneak her boyfriend over the border at the Akwesasne Mohawk Indian Reservation upstate. 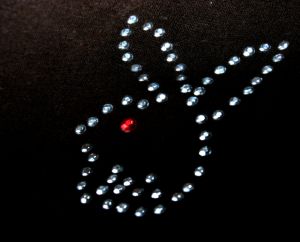 Under federal law, anyone who has previously been convicted of a drug charge in a foreign country that is punishable by more than one year in prison is barred from entering the United States.

In November, the woman’s boyfriend was sentenced to six months for his role in the scheme and was deported to Canada following his release.

The former Playboy Playmate will be sentenced on Oct. 22.

Willingly sneaking an illegal immigrant across the U.S. border is a felony under federal law punishable by up to 10 years in federal prison.

Prosecutors allege that the Playboy alumna drove her boyfriend’s car into Canada where she picked him up and headed for the U.S. border. The duo was headed across the country to the model’s home in Los Angeles when they were arrested by Border Patrol agents.

The Playboy model was also charged with aiding and assisting her boyfriend, a previously convicted felon, to enter the United States, a charge that is punishable by a maximum penalty of 10 years behind bars.

While the charges this woman faces are severe, depending on the judge’s decision, she could be spared time in the slammer. In cases like this one, pleading guilty or accepting a plea bargain will typically reduce the number of consequences a judge will impose. In this case, the woman hopes to receive credit for accepting responsibility for her role in the case. If she does, she will face anywhere between no jail time and six months for cooperating with prosecutors.

However, it should be noted that under the federal sentencing guidelines, the former Playboy Playmate could possibly face a sentence of 6 to 12 months in jail and a minimum fine of $2,000 should the judge choose not to accept her minor role in fostering illegal immigration.

Facing criminal charges can be quite intimidating. A New York City Criminal Defense Lawyer at Whittel & Melton can help you fight whatever criminal charges you are up against and will stand behind you and your case from its start to its finish. You can rest assured that we will do everything in our power to investigate your case and provide you with as many legal options as possible, whether that is a dismissal of charges, a beneficial plea agreement or trial. If you’ve been arrested or charged with a crime, or are the potential suspect of a criminal investigation, contact us today online or call 866-608-5529 to schedule a free consultation.