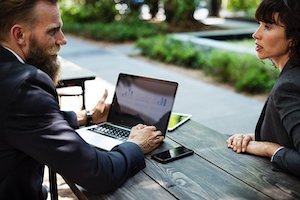 A Michigan Senate investigation into Sen. Pete Lucido’s behavior found allegations of sexual harassment by several women to be credible, according to reports.

As a result, Lucido has been stripped of a committee chairmanship and ordered to undergo training.

“In January, I directed the Senate to retain outside counsel to lead an investigation into several allegations made against Senator Lucido. Outside counsel and the Senate Business Office undertook a thorough and exhaustive investigation into allegations made against the senator and found the senator’s conduct to be ‘inappropriate workplace behavior,” Shirkey’s statement reads.

The allegations began when a reporter for Michigan Advance wrote an article alleging an inappropriate comment Lucido made about her in front of a group of high school boys.

He reportedly told her in front of the group of boys that they “could have a lot of fun” with her.

Sen. Lucido initially apologized for what he called a “misunderstanding” and for offending the female reporter. But then he said he never made that comment at all.

Democratic senator Mallory McMorrow and a regulatory affairs specialist for a trade group made similar comments.

McMorrow filed a sexual harassment complaint against Lucido. Lucido reportedly told her he “could see why” she beat her male incumbent while looking her up and down.

The regulatory affairs specialist reported that Lucido commented on her appearance while touching her lower back.

Lucido has yet to make a comment regarding the allegations against him.

This case shows that sexual harassment is everywhere. In the United States, every employee has the right to work in an environment without being treated unfairly or harassed on the basis of sex. Sexual harassment in the workplace is a huge problem across the United States and our Florida Sexual Harassment Lawyers at Whittel & Melton are here to help victims of this type of abuse hold their abuser resposible for their actions.

Both federal and state laws define sexual harassment as actions that can apply to either males or females in situations involving the same sex or opposite sex. Sexual harassment affects men and women alike and includes a variety of behaviors and actions such as:

When these types of instances are reported to management, but nothing is done, a sexual harassment claim is only strengthened. If you feel that any of these examples sound like something you have personally gone through, we urge you to contact our Florida Sexual Harassment Attorneys at Whittel & Melton right awat for a free initial consultation.

We cannot stress this enough: if you have or believe you have been the victim of sexual harassment or another form of discrimination in a Florida workplace, you do not have to simply ignore it, cut your losses, and move on. Harassment and discrimination by coworkers, managers, or employers is illegal in the state of Florida and you have every right to take legal action to right these wrongs.

At Whittel & Melton, our Florida Employment Attorneys understand that sexual harassment is a traumatic experience and something that not every victim feels comfortable talking about it. That is why our firm is sensitive and understanding when it comes to these cases. We will always treat you with compassion, respect, and dignity. We know how difficult it can be to come forward with a sexual harassment claim, which is why we will stand by your side and walk you through every single step of the legal process.

Our Florida Sexual Harassment Lawyers at Whittel & Melton have a deep understanding of sexual harassment and discrimination cases throughout the state of Florida. We know the applicable Florida laws and the courtroom processes that must be followed to make sure that you receive a fair judgment or settlement in these types of cases. We will assess your claim for free and help you determine the best course of action for recovering financial compensation.

If you or a friend or loved one has been sexually harassed at work, we urge you to speak with us as soon as possible so we can begin developing a strong course of action. We offer a no cost, no obligation consultation where we can meet with you to assess how we can help you.