A 33-year-old man accused of shouting out homophobic slurs before firing a gun point-blank into a man’s face on a busy Manhattan street appeared in court Sunday to face a charge of murder as a hate crime.

The man appeared in Manhattan Criminal Court to face murder and weapons charges. A judge ordered him to be held without bail pending another court appearance on Thursday.

Authorities believe the man used a silver revolver to kill a 32-year-old man as he strolled with a companion through lower Manhattan early Saturday morning. The man is accused of following the men and yelling antigay slurs at them. According to the reports, the man asked the pair if they were “gay wrestlers,” based on how they were dressed. 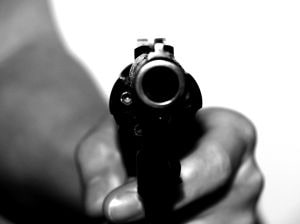 The man was found by police fatally wounded on the pavement. He was pronounced dead at Beth Israel Hospital.

The accused was detained a few streets down by a police officer. Records indicate he was arrested in 1998 for attempted murder.

According to police, this shooting is at least the fourth violent attack in two weeks that can be linked to anti-gay bias.

While any murder is an unfortunate tragedy, you may be wondering just how and why this is being viewed as an alleged hate crime. To explain this you must first understand the laws surrounding New York hate crimes. New York law states that a hate crime can be committed when a person is selected as the target of a crime based on values proximate to their:

In this specific case, police believe the deceased was singled out and murdered by the accused specifically because he and his friend were gay.

With that said, a hate crime can be charged anytime an offensive slur accompanies some form of assault. However, just because the man has been accused of a hate crime does not mean he will be convicted. It will be up to a jury to decide whether these alleged verbal assaults can be connected the killing. A defense attorney for the accused could argue that the man was just joking around with the two men regarding the anti-gay insults based on how the men were dressed at the time.

After you have been charged with a violent crime in Manhattan or elsewhere in NYC, your troubles can only increase if allegations arise that you have committed a hate crime. Hate crime charges are a very serious matter. The stakes are high, as your future and freedom are on the line. It is best to avoid taking any chances and contact a New York City Criminal Defense Attorney at Whittel & Melton right away. To schedule free consultation to discuss the charges against you, contact us today online or call us statewide and toll-free at 866-608-5529.