On Thursday, numerous local government officials from 31 U.S. states pressured McDonald’s Corp’s to do a better job of protecting workers from groping, obscene comments and other forms of sexual harassment, adding their voices to an employee-led campaign that has seen walkouts at several stores.

In a letter to CEO Steve Easterbrook, 115 mayors, commissioners, city councilors and school board members asked McDonald’s to meet with workers, hear their stories and together craft tougher policies to effectively stamp out harassment.

The officials are part of an advocacy network called Local Progress. 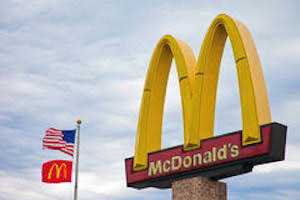 Members of the U.S. Congress have written similar letters and employees have ramped up pressure on McDonald’s at a time that the chain and other fast food restaurants have struggled to find and retain enough staff.

The letter said McDonald’s employees have filed more than 50 sexual harassment complaints with the U.S. Equal Employment Opportunity Commission. Reuters could not verify this because EEOC complaints are not public.

When asked to comment on the letter, McDonald’s referred to its Aug. 28 statement announcing a new training program for safe workplaces, which has support from more than 2,000 franchisees.

“Together with our franchisees, we have a responsibility to take action on this issue and are committed to promoting positive change,” said Chris Kempczinski, McDonald’s USA president. “These actions are one more step we are taking to raise awareness at all levels of McDonald’s that will transfer both inside and outside the workplace.”

Workers and those organizing them are trying to pressure McDonald’s, the largest U.S. restaurant chain by sales, to boost wages and address violence and harassment problems at its roughly 14,000 U.S. locations, most of them independently owned.

On Tuesday, workers at a Los Angeles McDonald’s walked off the job to protest, saying retaliation for reporting sexual harassment is rampant and they have been excluded from policy discussions, according to organizers and news reports – one of several similar protest in the last year and a half.

Last year, McDonald’s started working with RAINN, the largest anti-sexual violence organization in the country, to improve its policies.

McDonald’s released an announcement in August that they were implementing an even broader program focused on mitigating violence, harassment, bias and bullying, to start in October.

McDonald’s says they are doing everything they can to stop sexual harassment. In a statement, the company said:

“We have strong policies, procedures and training in place specifically designed to prevent sexual harassment. . . . To ensure we are doing all that can be done, we have engaged experts in the areas of prevention and response.”

Fast food companies and other restaurants often try to blame illegal behavior on their franchisees. Franchise arrangements are where one company buys the right to use the branding, trademarks and products of a larger company in exchange for a fee and royalties on profits. Due to how corporate controls these restaurants, it can be somewhat murky when trying to identify the responsible party: the franchisee or the corporation.

The franchising company often has policies for everything from advertising to food preparation. Franchisees, however, usually do not have the same degree of established policies and procedures for things like hiring or investigating sexual harassment complaints. This can translate to mean that such complaints do not receive the response they should under the law.

While McDonald’s has said in multiple statements that it has implemented trainings to prevent sexual harassment in its company, it remains unclear whether McDonald’s efforts have been passed down to the franchisees.

Sadly, many fast food workers, or employees of restaurants, fail to realize that the sexual harassment they experience in the food industry is unlawful, or that they have any recourse when management ignores their complaints.

Fast food companies, just like any other large corporations, know how to use corporate structures like franchise agreements to protect themselves from these types of lawsuits. When fast food workers or other restaurant employees face sexual harassment at work, they need the help of our Florida Sexual Harassment Lawyers at Whittel & Melton who can get the results they need. We can help you by reviewing your case, and your legal options, to find a solution to the harassment or discrimination you experienced or are currently experiencing within the food industry. We can work with you to negotiate with your franchise owner, or file a complaint against the corporation. Whatever the situation, we will work hard to find you the relief that you deserve.