Florida Construction Contractor Will Pay $16,567 to Employees for Unpaid Overtime 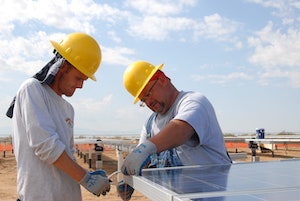 A construction contractor in Crystal Beach, Florida has been found to have violated overtime requirements set forth by the Fair Labor Standards Act (FLSA), according to an investigation by the U.S. Department of Labor’s Wage and Hour Division (WHD).

The contractor will pay $16,567 in back wages to five employees.

The U.S. Department of Labor’s Wage and Hour Division investigation found that the contractor paid his employees straight time for all hours, including when they worked over 40 hours in a single workweek.

The WHD said they hope this sets an example for other employers to reexamine their own pay practices to make sure they are complying with the law. The WHD is set in place to make sure all workers are paid the wages they have legally earned.

Currently, the minimum wage requirement in the state of Florida is $8.56 per hour. This number does usually go up at the start of each new year.

Through laws set forth by the FLSA, employers are required to pay at least the minimum wage of $8.56 in Florida for all regular hours worked in a workweek that total to 40. When these hours exceed the standard 40 hour workweek, then employees are entitled to overtime pay at a rate of time and one half their regular wage, which you can calculate by multiplying your regular pay wage by 1.5.

Some employers may tell their salaried workers that they cannot collect OT pay. Whether an employee is being paid hourly or being paid a salary has no bearing on OT pay. A salaried worker is just paid the same wage every pay period. OT eligibility is determined by your classification: are you an exempt or non-exempt employee?

As we said before, job titles don’t determine a worker’s OT eligibility, but wages and duties do. The general rule is that if an employee makes an annual salary of under $23,600, then they can collect OT. On that same page secretaries, kitchen workers, clerical workers, and employees who are not managers are also usually allowed to collect OT. While there are a few exceptions, most hourly employees should also be able to collect OT. Workers operating on commission can be awarded OT in certain cases, however those that travel regularly may not be entitled to OT. Salaried workers earning under $455 per week are also entitled to OT. Any salaried workers that earn over $455 per work might be eligible for OT unless their job classifies them as exempt – examples of these workers are executive, administrative, computer-related, executive, outside sales, etc.

Bartenders, delivery drivers, and servers are usually permitted OT when they work over 40 hours in a workweek.

Sometimes an employer will sub out OT pay with comp time when a worker exceeds 40 hours in a workweek, however there are only a few types of employees who are granted comp time, like government employees. Any private employers that are offering comp time as opposed to OT could be in violation FLSA laws.

If you receive a 1099 instead of a W-2 you are classified as an independent contractor. This does not necessarily mean you are not allowed to collect OT. Your ability to collect OT all depends on your job duties and what you have arranged with your boss. This can be tricky, so if you have questions our Florida Unpaid Wage and Overtime Lawyers Whittel & Melton urge you to contact us so that we can further explain this.

Filing a Claim for Unpaid OT

The FLSA gives workers 3 years to recover unpaid OT. There are situations that can extend claims for unpaid wages beyond this period of time. Because of the time frame placed on these claims, we urge you to act fast when it comes to unpaid wages of any kind. Our Florida Unpaid Wage and Overtime Attorneys at Whittel & Melton are here to help walk you through the entire claims process. We will see your case through to its finish and fight to recover the wages you rightfully earned.

If you think you were not properly paid for any OT that you put in at work, we are here to help. We offer free consultations and are available to discuss your matter 24/7.