Disney has asked an L.A. judge to throw out a lawsuit involving claims of sexual harassment, discrimination and retaliation filed on behalf of Criminal Minds workers by California’s Department of Fair Employment and Housing (DFEH) due to the case being what Disney calls “hopelessly vague.”

DFEH sued Disney, ABC, and other companies and individuals connected to its claims in May 2020. DFEH has made allegations that the director of photography Greg St. Johns ignited sexual harassment and discrimination claims against a group of people, including Anthony Matulic and Dauv McNeely, who worked on the production set for the TV series Criminal Minds.

Disney filed a demurrer to the complaint on Jan. 12 asking the L.A. County Superior Court judge to review DFEH’s suit and establish if the vagueness of their class definition and omission of detail could limit their opportunity to investigate all alleged claims and defend themselves properly.

An attorney for Disney called the lawsuit a trial by ambush as DFEH’s class action suit wishes to include any person who ever worked on the TV show Criminal Minds at any time, which makes it impossible to know who eyewitnesses will be, what the issues will be, and what documents will be relevant to the case. 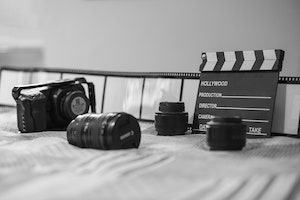 Criminal Minds was in production for over 12 years and more than 10,000 people worked on the series that has more than 14 seasons.

Some of the alleged complaints in the suit include Matulic resisting a butt slap, McNeely being threatened with physical violence, an unnamed crew member being pantsed, and some other unidentified men on the set were subject to unwanted touching, kisses, or caresses by St. John, according to reports.

A hearing on the demurrer, which you can read here, is currently set for Feb. 17.

U.S. Federal Laws provide every person with the right to work in an environment that is free of sexual harassment, discrimination, harassment, etc. based on their personal identity. Sexua harassment can be many things, but this term basically refers to an employer, co-worker, or supervisor creating a hostile work environment based on a person’s gender.

If you or someone you know has been the victim of workplace sexual harassment, our Florida Sexual Harassment Lawyers at Whittel & Melton strongly encourage you to speak with us about your experiences. As employment attorneys handling all types of workplace issues, we know firsthand how sexual harassment can cause physical and psychological harm as well as create economic losses due to lost wages and also missed opportunities for workplace advancement. We are trusted employment attorneys who will give your case the attention it deserves and treat you with nothing but respect.

The Equal Employment Opportunity Commission (EEOC) has established that no employee can be the subject of harassment or discrimination in the workplace based on sex, religion, skin color, nationality, or sexual orientation.Sexual harassment, like we mentioned before can embody many different actions, like unwelcome sexual advances, sexual jokes/references, sexual gestures, pressure from another co-worker or supervisor to perform sexual favors, or even another employee posting sexual content in visible common places of the shared workplace. Sexual harassment can cross over to sexual assault when unwelcome sexual physical contact is made, such as a slap on the butt, a kiss, or a lingering hand on the back. On the other hand, sexual discrimination refers to an employent decisions that are based on an employee’s sex, like promotions, pay rates, raises, transfers, assignments to special projects, etc. A sexual discrimination or harassment lawsuit may reward an employee with lost wages and benefits that they should have received had they not been subjected to harassment or discrimination in the workplace.

If you would like to learn more about your rights and legal options for recovery after you have been the victim of sexual harassment or discrimination in the workplace, let our Florida Employment Lawyers at Whittel & Melton provide you with the expert legal guidance you need. Call us today at 866-608-5529 or contact us online for a free consultation.