A cook who worked in a Disney-owned restaurant has sued Walt Disney Parks and Resorts for allegedly retaliating against her after she filed a sexual harassment complaint.

The woman, who prepared food at Hollywood Brown Derby in Disney’s Hollywood Studios in the summer of 2018, filed a federal discrimination suit in Florida’s middle district court. She alleged that a chef who supervised her harassed her, touching her inappropriately and making crude jokes.

Disney transferred the chef so that he no longer supervised the woman but then fired her after her other managers retaliated against her, the woman alleged in the complaint. 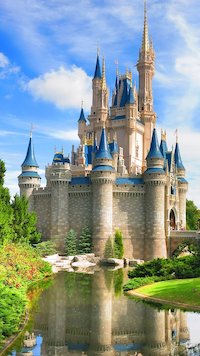 The chef unnecessarily touched her during training, she alleged, once guiding her arms from behind while she stirred a large batch of pasta and then saying, “Don’t worry sweetheart, I’m not going to sexually assault you,” when she appeared uncomfortable.

Before her sexual harassment complaint, the woman said her supervisors were satisfied with and complimented her work performance. She alleged that after she filed the complaint, her supervisors’ behavior became “hostile.”

It was widely known that she had filed a sexual harassment complaint, she wrote in the suit.

The woman alleged that later she received “coaching” after a supervisor falsely complained that she performed an unsafe workplace procedure. Though she was told the “coaching” done was not a disciplinary action, Disney used the action as a reason for firing her, she wrote in the complaint. Disney fired the woman effective Aug. 28, 2018.

Disney also used attendance-related complaints caused by scheduling errors and falsified work records to justify her firing, the woman alleged, concluding that Disney’s decision to fire her was based on information “tainted” by her managers’ retaliation against her.

Disney has not released a statement at this time.

Employees who report any instances of discrimination or harassment by their employers are sometimes punished by their employers through demotion, reduction in pay or hours, or even termination. However, there are state and federal laws set in place that protect employees who report, oppose, or resist discrimination or harassment from retaliation in the workplace.

Do I Have a Retaliation Claim?

Under both Florida state and federal laws, employees cannot be fired or otherwise punished for engaging in protected conduct such as:

If an employer does terminate, discipline, or otherwise punish an employee for engaging in protected conduct, it is illegal, which gives the employee the right to file a retaliation claim.

Our Florida Retaliation Lawyers at Whittel & Melton have represented numerous employees who have suffered retaliation, including those who have been terminated for reporting sexual harassment.

What Are the Signs of Employer Retaliation?

The definition of retaliation is when an employer “takes an adverse action against a covered individual because he or she is engaged in a protected activity.” Generally speaking, an “adverse action” under the law includes most activities that would discourage an employee from reporting an instance of sexual harassment or from asserting their rights under the law. These actions may include undesirable work assignments, unjustified negative evaluations, demotions, failure to promote, pay reductions, or terminations.

It is important to point out that “covered individuals” under the law include more than the victim of harassment. It may involve any person reporting sexual harassment, who are not necessarily the victim, or those that have asked for accommodations due to the harassment. With that said, any person that participates in investigations or harassment proceedings is also protected.

Then there are “protected activities,” which include any of the ways that a person may oppose sexual harassment or other unlawful behaviors. Illegal retaliation may occur when an adverse action occurs after an employee reports the harassment to a supervisor, participates in a disciplinary proceeding, initiates a sexual harassment complaint or claim, or other similar activities.

In some instances, employment retaliation is pretty clear, such as when an employer fires an employee immediately after filing a sexual harassment claim. In other cases, illegal retaliatory actions are more subtle and may include the following:

If you have suffered sexual harassment in the workplace, you may feel scared or embarrassed that it happened. You may not want to disrupt your employment status, and this is perfectly natural. However, you should not let your feelings keep you from taking action against the harassment or other illegal behavior happening to you.

If you have already filed a sexual harassment claim and suspect that you are now being retaliated against, you need to obtain legal help right away. Our Florida Employment Lawyers at Whittel & Melton  can listen to your situation, explain your options and help you pursue any legal remedies available.