Chipotle has agreed upon paying $15 million to settle a class action suit from 4,838 apprentices at the burrito chain claiming that the company misclassified them as employees who were salaried, therefore, forfeiting their right to collect overtime pay.

Reports indicated that Chipotle apprentices are likened to entry-level managers who work 50 to 55 hours a week, but they only make $1 to $2 more than hourly employees who are eligible for overtime pay and typically work the same amount of hours.

The class action was started in 2017 after the Fair Labor Standards Act (FLSA) updated their laws to include overtime pay for employees who are not executives, administrative staff or make less than $47,476 per year.

Chipotle did argue this overtime rule, saying that an injunction stopped it from ever being put into effect. 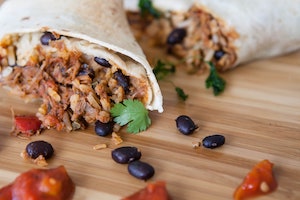 Chipotle apparently wrongly classified its apprentices as “exempt,” when they should not be.

The COVID-19 pandemic has not helped labor issues. Seyfarth Shaw’s 17th Annual Workplace Class Action Litigation Report shows that there have been 1,005 employment lawsuits filed in 2020 related to coronavirus and wage disputes, and more are expected to be filed this year.

Chipotle is not the only food chain that has seen its share of legal troubles in the workplace. Jimmy John’s setted a class action overtime lawsuit last month for $1.8 million. A Panera franchise settled a class action suit involving overtime pay in 2020 for $4.6 million. McDonald’s paid a $26 million settlement in 2019 regarding overtime violations.

Chipotle has seen its share of lawsuits over the years. Employees at 20 different chains in New York filed complaints against the company for violations of the Fair Workweek Law, a law that requires NYC employers to give employees estimates of how much they will be scheduled to work each week, predictable shift schedules, and the opportunity to take on new shift schedules before new workers are hired to fill those time slots. In 2016, around 10,000 Chipotle workers sued the chain for wage theft. And in January of 2021, Chipotle agreed to pay $1.37 million in restitution and penalties for alleged claims that the company violated Massachusetts child labor laws.

Chipotle is not all bad, as reports show that they do provide benefits to their employees, including a bonus program, workers get a free meal per shift, employees and family members are offered free English as a second language classes, tuition reimbursement up to $5,250 per year, and provides dental, vision and medical insurance to workers. The chain also gives its employees access to mental healthcare and financial wellness. Chipotle did say last year that they are seeing record low levels of turnover for crew and management.

What Is a Class Action Lawsuit?

There is strength in numbers when it comes to a class action lawsuit. When it comes to employment law matters, when a group of workers has suffered harm from not collecting overtime pay, not being paid at least minimum wage, being discriminated against, sexually harassed, etc., then a case can be filed with other individuals who have suffered in the same ways. Our Florida Class Action Lawyers at Whittel & Melton are well equipped to handle class action lawsuits as we are quite familiar with the process, filings, and management of these legal actions. We begin a class action case by gathering the appropriate information and contacting other victims to participate. We are not afraid of large corporations and we will not be bullied into backing down from what is fair and right. If you have been the victim of a workplace violation, then we urge you to contact us right away to learn more about how we may be able to help you. Call us today at 866-608-5529 or contact us online to request a completely free consultation.