Carlos Dunlap, the defensive end for the Cincinnati Bengals, has spoken out about how he and several other NFL players were recently discriminated against over their skin color when they were participating in an offseason practice in south Florida. 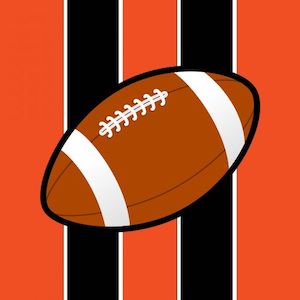 Dunlap recapped an instance in Fort Lauderdale where he and a group of Black NFL players were asked by a park ranger to exit the area, while another group of white NFL players were allowed to stay and finish up their practice drills.

Dunlap said it was frustrating and appalling.

Dunlap told reporters that this incident occurred in late June. This was about a month after George Floyd was killed by a police officer in Minneapolis, who put his knee into his neck for more than 7 minutes.

Dunlap went on to say that the two groups of NFL players were separated by two fields. There was another group of soccer players who were mixed ethnicities that were also asked to leave even though the white players were never asked to stop their workout by the park ranger.

Dunlap said it was upsetting because the park ranger was so aggressive about the Black group leaving, but was basically cheering on the white group as they finished practicing.

The Fort Lauderdale parks and recreation department oversees the park rangers, and they have not released any statements regarding this incident.

Dunlap has been with the Bengals’ for 11 years and said that his team was one of the last team’s to make a public comment about Floyd’s death. Dunlap said he and other team members did notice the delay in response and have mixed emotions about it.

On June 6 the Bengal’s posted a story on their website announcing $250,000 being donated for community initiatives to fight back against discrimination and prejudice. A few days later executive vice president Katie Blackburn released a statement saying that the franchise is going to continue to listen and work with each other to better society.

Dunlap said he just wants to see the franchise take a strong stance and work together to be united in their effort to make a change in Cincinnati to work towards stopping racial inequalities and social injustices.

Bengals president Mike Brown has yet to make any comments about the subject.

Dunlap sharing his story of racial discrimination while practicing in the offseason brings up the topic of race discrimination in the workplace. Our Florida Discrimination Lawyers at Whittel & Melton would like to shed some light on this topic. If someone has been treated differently at work because of their skin color, then this is absolutely workplace racial discrimination. Racial discrimination at work falls under the umbrella of workplace harassment, which we take very seriously. We are here to help those who have been denied a position, told they would not “fit in” when considered for a promotion, told they have to change their appearance for work, or even made the subject of “jokes” at work all because of their race. We want to help you fix a toxic work environment that may be taking its toll on you and others in your same position. 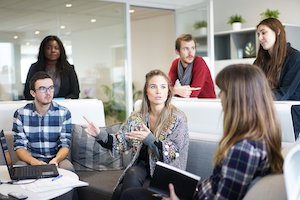 Many people that are the victim of race discrimination at work feel that they cannot report it and that even if they do, nothing will change. The U.S. Equal Employment Opportunity Commission (EEOC) enforces federal laws surrounding workplace discrimination, including race, sex, religion, disability, age, national origin, or genetic information. Their highest number of claims are related to race discrimination. There were more than 28,000 race discrimination claims filed with teh EEOC in 2017.

If you have been discriminated against at work because of the color of your skin, our Florida Discrimination Lawyers at Whittel & Melton are here to help you understand what your legal options are. We can formulate an effective strategy to put a stop to racial discrimination at your job. We are available 24/7 to discuss your potential case in a free consultation. It costs you nothing to speak with us. We encourage you to take action and speak out against racial discrimination. We have the legal know-how to help break this cycle.